The International Journal for Education / Rehabilitation and Psychosocial Research

This study focused on the perceptions of students with visual impairment. A narrative meta-analysis was utilized to synthesize the findings of investigations that employed quantitative, qualitative, or mixed methodological designs. Based on the contents of the reviewed articles, three broad categories were established: barriers, feelings of acceptance, and successful components of inclusion. Barriers included the physical environments of schools, accessibility, and social interactions. With respect to feelings of acceptance, the constructs of homophily and fitting in were discussed. Several components of successful inclusion were delineated such as a positive school climate and a positive, supportive attitude associated with teachers, especially those who possess knowledge and skills and held high expectations for students. Students with visual impairment also needed skills to be autonomous and assertive, which are conducive to academic success and the initiation and building of friendships with sighted peers. A number of findings of the present study corroborated those from previous investigations; however, the uniqueness of this seminal research pertains to the specific perceptions of students with visual impairment in inclusive settings. Limitations of the study were also discussed.
Keywords: inclusion, students with visual impairment, perceptions

This paper analyzes the vollatility spillover between the conventional index in Malaysia FTSE Malaysia KLCI (KLSE) and the Islamic index in Malaysia FTSE Bursa Malaysia Shariah Index (FTFBMHS). Monthly observations spanning in a period from 2002 to 2018 are obtained from investing.com database. GARCH model and Johansen cointegration test are used to investigate volatility spillover and the relationship between two indices. The results of the analysis indicate that in the short-run there is volatility spillover between FTSE Malaysia KLCI and FTSE Bursa Malaysia Shariah Index, while in the long-run there is no relationship between the two indices. The methodology of compiling Islamic indeces is based on Shariah law.
Keywords: Conventional stock market index, Islamic stock market index, Malaysia, Shariah law, volatility

ATTITUDES OF FOURTH GRADE GYMNASIUM STUDENTS WHO ARE NOT IN MATHEMATICS AND INFORMATICS COURSE IN TERMS OF DESCRIPTIVE GEOMETRY AS A POSSIBLE COMMON SUBJECT IN ALL DIRECTIONS OF GYMNASIUM - Tarik Bazdalic, Alma Sehanovic, Sead Resic, Amila Osmic

Gymnasium as a school and as one of the levels in education has changed for decades both in the curriculum and in its duration. Nevertheless, the common goal in each period of Gymnasium education was and remains to provide students with the widest possible general education and to prepare them for further education at various universities of technical, social and natural sciences. In the last stage of socialism in Bosnia and Herzegovina, all high schools in their curriculum aimed to train students for one of the working professions so that each student after graduating from high school acquired a certain knowledge and could be employed in the sector for which educated. During that period, grammar schools were formally abolished. Instead, secondary administrative schools were most often formed, which were most similar to Gymnasiumin terms of their curriculum. In the present age, the gymnasium as a school exists with the fact that the curriculum is common to all first and second grades, while the third and fourth grades are divided into directions: mathematics-informatics, natural, social, linguistic and information-communication. Without going into the purpose of the existence of other directions, it should be emphasized that the mathematics-informatics direction aims to bring the students of the final grades of grammar school closer to technical and informatics universities, ie to acquaint them with technical and informatics. One of the key subjects at some technical colleges is descriptive geometry. These would primarily be the universities of architecture, civil engineering and mechanical engineering. In informal conversations between fourth graders regardless of direction and their teachers from time to time the topic is the subject of descriptive geometry. From the mentioned conversations, two mutually opposing hypotheses crystallized in terms of the importance of descriptive geometry, ie whether or not descriptive geometry should be introduced in all directions of Gymnasium. In order to determine which of these two hypotheses prevails, a generic / developmental method was applied, ie a survey was used as one of the research techniques. The survey was conducted in February 2020. A sample of 80 fourth-grade students from the „Muhsin Rizvić“ Gymnasium in Kakanj and the „Visoko“ Gymnasium in Visoko, who are not in the mathematics and computer science trend, was selected for the survey. As can be seen, the importance of descriptive geometry as a subject will be expressed by those students who do not have descriptive geometry as a subject according to the curriculum.
Keywords: general education, school material, descriptive geometry, orientation, space, technical universities 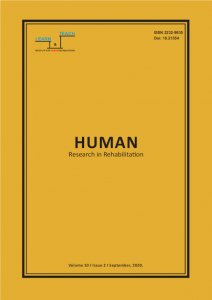